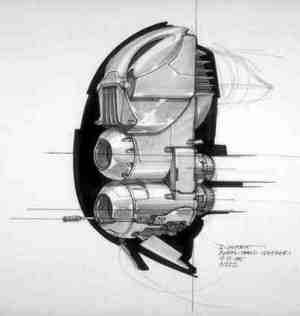 Description: The AAAP was an attempt by the Trade Federation to mimic the success of their Droid Starfighters, by creating a patrol speeder bike with its own Droid Brain. However the expense, and limited abilities of this vehicle compared to simply putting a battle droid aboard a repulsorlift vehicle meant that the design was abandoned after only a short production run. The remenants of this production run sat forgotten in a warehouse until long after the elimination of the Trade Federation at the hands of the Empire, until eventually they were discovered by the members of a Hutt crimelords gang. This Hutt managed to use the discovered droid speeders to terrorise a number of worlds, raiding them and claiming protection money until eventually he was assassinated and the gang broke up. The droids have been sold off to the highest bidder, and although the droids only numbered in their low hundreds, and are outlawed under Imperial weapon restrictions, they have managed to sell fairly well, and are still common throughout the fringe of society.