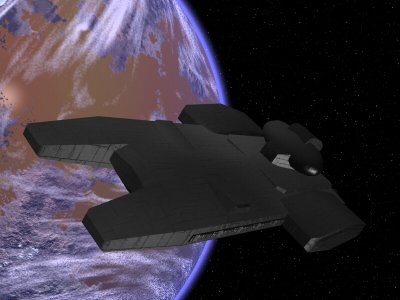 Description: The Acclaim Cargo Transporter is a predecessor to the Acclamator Troop Transport, and shares a number of features with the later model. The Acclaim is still one of the largest vessels which can land on a planetary surface, and through its massive front doors it can unload huge quantities of cargo. Because of its close relationship with the Acclamator, the Acclaim is often converted to military use, because the same cargo doors which allow its cargo hold to be unloaded in record time, also allow tanks and walkers to leave quickly, making this a very effective military transport. With a huge cargo bay, and plenty of room for modifications, the Acclaim still reaches premium prices when sold, and very few newer vessels match the efficiency and quality of this older vessel.