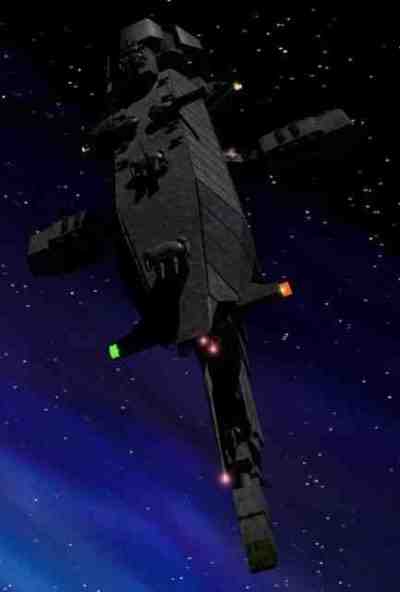 Description: The Anvil is the heaviest cruiser built by the shipyards of the planet Sullust, and is their main contribution to the fleets of the New Republic. Although lightly armed in comparison to ships such as Star Destroyers, the Anvils weapons are mostly mounted to the ships front, giving it great offensive firepower, although it often needs support in longer more sustained battles, as the weaker fire arcs to its sides and flank can be taken advantage of by smaller more maneuverable opponents. The Anvil is designed to destroy enemy ships, and as such is poorly disadvantaged in other fleet actions, it does however carry a large quantity of fighters, and finds itself forced into the role of a carrier, one it is poorly suited to.


Page designed in Notepad, logo`s done on Personal Paint on the Amiga.
Text completely by FreddyB. Image is copyright Warner Bros.
Any complaints, writs for copyright abuse, etc should be addressed to the Webmaster FreddyB.