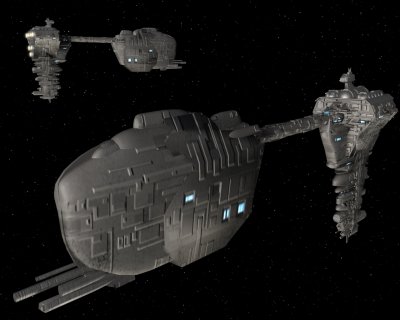 Description: The Anvil Class frigate is the last Frigate designed and built by Kuat Drive Yards before the formation of the Galactic Empire, and although some of these vessels were purchased by the Old Republic and ended up in the Imperial Fleet they were mainly bought by independent owners. However some of the vessels were handed over to the Confederacy of Independent Systems to aid it in its war against the Old Republic, something that Kuat Drive Yards regretted almost immediately as the war turned against Count Dooku's forces, leading to KDY's full support being thrown behind Palpatine and his creation of the New Order and Galactic Empire. These vessels are now outdated, although they are somewhat comparable to their replacements the Nebulon-A and Nebulon-B, providing heavy firepower and fighter carrying capability to whatever fleet they become part of.