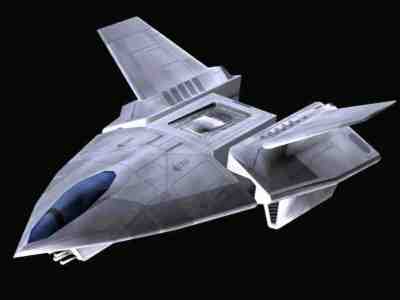 Description: The X-90 Arrow was TriLex's follow up to the X28 Flat-Fish, and although the design improved on the Flat Fish in a number of areas, it was still a weakly armed and fairly slow fighter. The Arrow was used for space superiority roles, but was soon phased out of use in favour of newer and better designs. The Arrow remains popular with some individuals who like the fighter, especially after the light laser cannons are replaced with heavy laser cannons (increasing damage to 8D) a task which is made easy since the light laser cannons used in the Arrow are large power hungry units, and the swap for heavy lasers is almost direct without any more space or power being needed for the more powerful weapons. The rugged hull and reserve hyperdrive both make this fighter a very reliable ships, and a larger percentage of Arrows survive battle than any other fighter except the X-Wing fighter.


Page designed in Notepad, logo`s done on Personal Paint on the Amiga.
Text completely by FreddyB. Image is from Wing Commander 4 copyright resides with Interplay.
Any complaints, writs for copyright abuse, etc should be addressed to the Webmaster FreddyB.