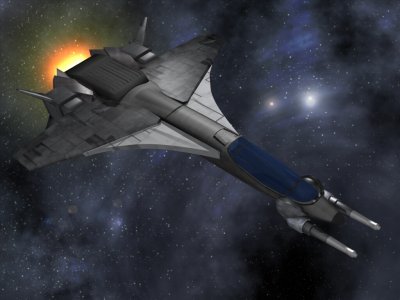 Description: The Bulldog is a heavy assault starfighter design to help achieve space superiority against larger numbers of enemy fighters, designed to be rugged and be capable of surviving direct energy weapon hits on its hull. It is equipped with Proton Torpedos and Heavy Laser Cannons capable of causing massive levels of damage to enemy starfighters, however the fighters poor manueverability and the low storage capacity of its hyperspace navigation system has led it to be somewhat less capable than its designers intended. Even with these taken into account the Bulldog is a powerful starfighter with a punch equalling some bombers and a vessel which has proven itself in service with a number of independant worlds since it was released a year or so after the Battle of Endor.