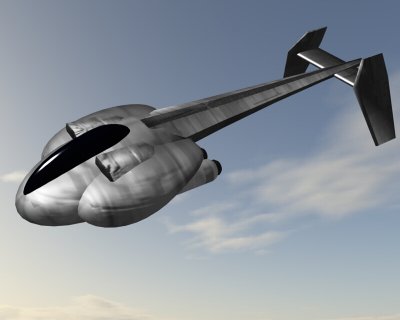 Description: After the destruction of Alderaan a native of that world, Almek Obsidian, became somewhat obsessive about military power, and set up Core Defence Industries (CDI) to supply defence to other worlds so the same could never happen again. However the unbalanced nature of the industrialist and the corporation he founded, led to many headaches for the fledgling New Republic, as the power weapons and vessels were sold to anyone without restriction, meaning that these state of the art weapons of war were available to terrorists, pirates and other criminals. Fortunately, for the New Republic at least, Almek Obsidian died after only a couple of years, and the absence of his genius, although unbalanced, hand at the helm meant that CDI went into receivership shortly afterwards. The CDI Hopper-Class Bomber is a manueverable and fast atmospheric attack craft, designed to take out ground targets, and to operate in support of defending ground forces. However the vessel has been more often purchased by minor warlords, and criminals, who like the vessels ability to strike quickly, striking terror into enemies hearts. The twin crew members allow the vessel to operate more efficiently, in a similar fashion to the Y-Wing fighter/bomber, allowing the pilot to focus on dodging enemy fire, while the gunner focuses on controling the weapons and attacking enemy targets.


Page designed in Notepad, logo`s done on Personal Paint on the Amiga.
Text completely by FreddyB. Image is by ??????????, copyright resides with them.
Any complaints, writs for copyright abuse, etc should be addressed to the Webmaster FreddyB.