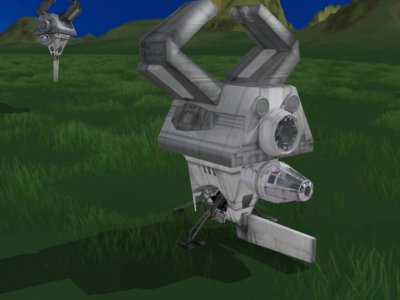 Description: The YR-650 is a cargo hauler, designed with upper cargo clamps which lock onto cargo pods of up to 1000 tonnes capacity, conceived to fill the gap between the YT series of transports and the larger bulk transports. Although it is less capable than many other bulk transports and cargo haulers, the YR-650 is far more affordable, with its small internal cargo hold capable of handling some modifications while retaining the external cargo pods for transporting cargo itself. YR-650's are less common than many other cargo haulers due to their small size, and the corresponding small value of the cargo it can haul. The few that ply the space lanes are reliable and well liked vessels, which remain in production even though CEC has been disappointed with their sales.