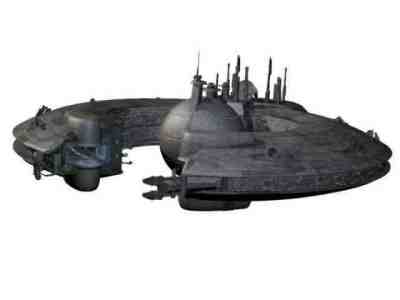 Fighters: 120 Droid Starfighters
Shuttles: 15 Shuttles
Other: (has room aboard for two vessels up to 150 meters in length).


Page designed in Notepad, logo`s done on Personal Paint on the Amiga.
Text completely by FreddyB. Image is by LucasFilm ,copyright resides with them.
Any complaints, writs for copyright abuse, etc should be addressed to the Webmaster FreddyB.