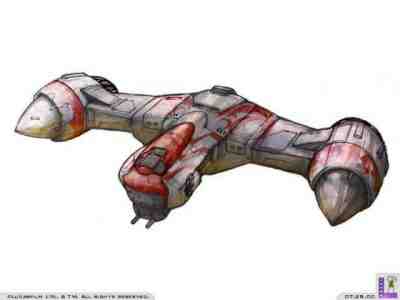 Description: The Endurance Star Tug is a specialised vehicle, designed with little cargo space of its own, it does however have engines designed to pull far more than its own mass, and a hyperdrive which can extend its field around a much larger area than the ship occupies. This is done so that the Tug can pull cargo pods, or even other starships from place to place. The Endurance Star Tug can tow vessels up to 400m in length by itself, and can work in co-operation with other tugs to pull larger vessels. This means that cargo pods carrying up to about 50,000 tons can be pulled, making the Endurance one of the most cost effective ways of transporting cargo in operation.

Page designed in Notepad, logo`s done on Personal Paint on the Amiga.
Text completely by FreddyB. Image is by Lucasarts, and copyright resides with them.
Any complaints, writs for copyright abuse, etc should be addressed to the Webmaster FreddyB.