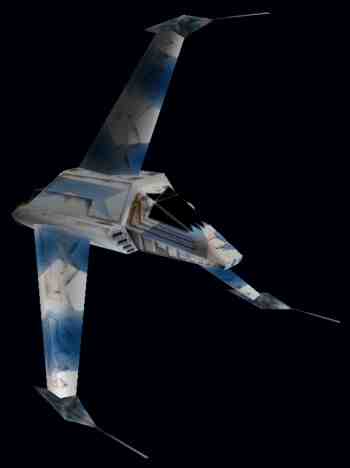 Description: Built under licence from Sienar, the Escort Shuttle is a heavily armed combat vessel based on the common Lambda shuttle design. Although very expensive, the well rounded assault armament on this vessel led to Empire buying them in large numbers. The Escort Shuttle is used for carrying high ranking officers, and acting as a support craft on assault missions, using its capability of carrying 24 fully armed troops to aid more vulnerable Sentinel and Lamdda shuttles. The Escort Shuttle while not as manueverable as a starfighter, has better ranged weaponry, letting it engage fighters before they can close within their weapon range, making this vessel worth every credit to the Empire.