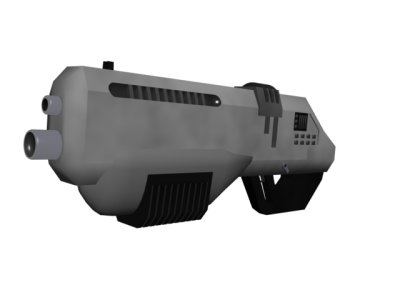 
Description: The Griven Combo Laser Rifle is the standard weapon of the Griven Military, and powerful laser weapon with an integrated Grenade Launcher. Although shorter ranged than equivalent Imperial and Republic weapons it is of similar or even slightly greater power and damage, making it a short ranged but extremely dangerous weapon. The Griven make deadly use of this weapon in combat, and the forces who have faced them have learnt to respect these weapons. Griven Grenades are of a similar design to those of the galactic standard, but differ enough for each not to fit into each others launchers.