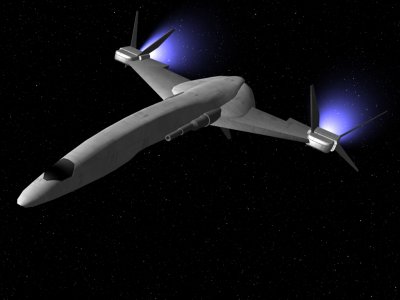 Description: The Gull is a small transport vessel with a number of fighter like characteristics, or perhaps a fighter with transport like characteristics. With a small cargo space, good weapons, manueverability and speed, the Gull makes an ideal vessel for those who need to transport small quantities of cargo in safety. The Gull is also used by bounty hunters for transporting prisoners and equipment, and mercenaries who use it for speeders and combat equipment. However with all of its selling points, including the fact that the vessel can be enhanced far beyond its specifications due to the space aboard for said enhancements, the Gull is really just a small transport ship, and many transports have been modified beyond its capabilities while still retaining more cargo capacity. The Gull has sold in moderate numbers, and has an advantage over many fighters in that it is considered by customs to be an armed transport, therefore is sold more freely than a combat vessel.