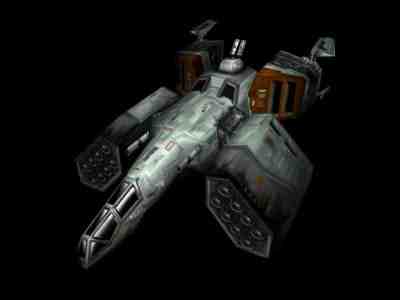 Description: The Hammer Heavy Bomber works in a role not filled in the Republic fleet, that of a dedicated Bomber / Missile Platform, although both the Y and B wing fighter can launch missiles they are still designed to fulfill multirole positions in the Republic fleet. The Hammer is heavier, larger and much more devastating vessel, and although no faster than a Y Wing fighter is is much more rugged. With a two man crew the Hammer can concentrate on its bomber role, with the pilot avoiding attacks while the gunner targets Missiles, or uses the turrets to take down interceptors. The Hammer carries 32 Missiles loaded two in each of its 16 launchers, the launchers can be configured by the gunner to fire in ripples (the gunner can fire missiles more than one at a time to get the effect of fire linking the missile launchers), the spare missiles can be readied once the primary has been fired but this takes an action for each missile to be prepared.

Page designed in Notepad, logo`s done on Personal Paint on the Amiga.
Text completely by FreddyB. Image from Freespace2 and is Copyright Volition Games.
Any complaints, writs for copyright abuse, etc should be addressed to the Webmaster FreddyB.