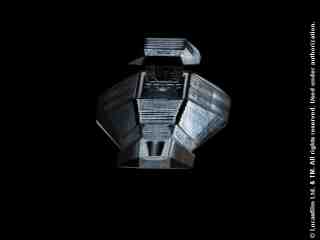 Description: The Heavy Artillery Speeder was designed to complement an Imperial attack, being fast enough to manuever around a battlefield easily, and long ranged enough to keep out of danger. Although not as flexible, and much less well armoured than Walkers, this vehicles speed was a real advantage, and many Imperial Generals loved it. However as the demands of the Galactic Civil war began to drain the Empire, the Artillery Speeder was produced in smaller and smaller numbers, as the Empire moved production over to their more powerful and flexible AT-ATs. But Because these vehicles were designed to keep out of direct combat, many lasted for far longer than the walkers they were designed to complement, and the Empire still has many of these in its armoury, where they still manage to wreck havok in Republic armies when they are fielded.


Page designed in Notepad, logo`s done on Personal Paint on the Amiga.
Text completely by FreddyB. Image is by LucasArts copyright resides with them.
Any complaints, writs for copyright abuse, etc should be addressed to the Webmaster FreddyB.