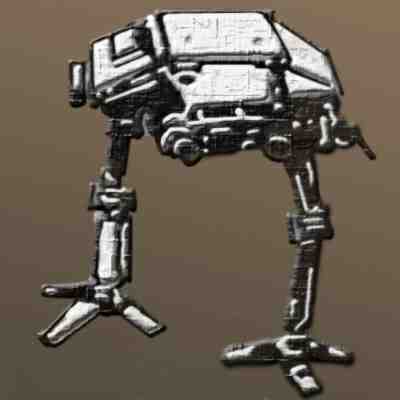 Description: Although the AT-ST was the most famous of the Imperial Light and Medium walkers and was produced in by far the largest numbers, the Empire fielded a number of different designs and variations. The AT-HT is a heavy twin legged walker used for combat and patrols, where the firepower and armoured capabilities of a heavy walker like the AT-AT were required, but the transport capabilities were not needed. Carrying enough firepower to deal with most other walkers, and a light cannon for defence against air speeders and lighter more agile vehicles, the AT-HT is a capable and powerful combat vehicle. It was only due to the Empire's large purchases and use of AT-AT Walkers that the AT-HT did not become more common, although the Empire did built and deploy massive numbers mainly to important installations where the walkers sheer power was felt to be needed.


Page designed in Notepad, logo`s done on Personal Paint on the Amiga.
Text completely by FreddyB. Images from Dark Empire by Dark Horse Comics, copyright remains with Dark Horse, image processed and provided by Gunhamster.
Any complaints, writs for copyright abuse, etc should be addressed to the Webmaster FreddyB.