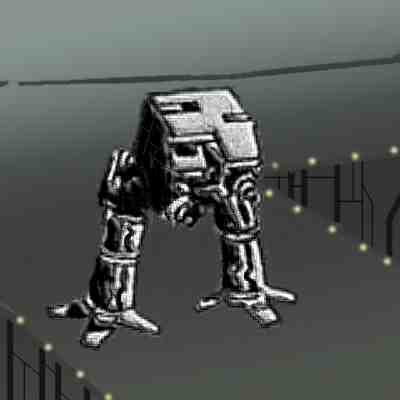 Description: Although the AT-ST was the most famous of the Imperial Light and Medium walkers and was produced in by far the largest numbers, the Empire fielded a number of different designs and variations. The AT-MAW is a medium walker designed for combat and assault in many of the same conditions as the AT-ST, however the AT-MAW actually has more in common with the AT-AT than the lighter Scout Walker. Although used in a variety of different terrain types, the AT-MAW proved its usefulness in urban combat especially, where heavy firepower was still desirable, but the AT-AT couldn't fit or manuever due to its large size. AT-MAW's could still be used where the ground wouldn't support heavier Walkers, but had enough firepower to wreak havok with enemy vehicles and armoured divisions. The Quad Concussion Grenade Launcher is designed specifically for use against infantry, where it can tear through squads with great ease, and the Heavy Blaster Cannon is a good anti-walker weapon, although does have reported difficulties in dealing with smaller and more agile speeders.


Page designed in Notepad, logo`s done on Personal Paint on the Amiga.
Text completely by FreddyB. Images from Dark Empire by Dark Horse Comics, copyright remains with Dark Horse, image processed and provided by Gunhamster.
Any complaints, writs for copyright abuse, etc should be addressed to the Webmaster FreddyB.