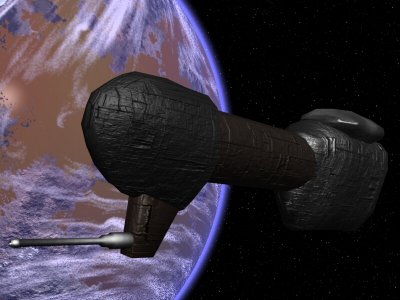 Description: In theory one of the first superweapons ever built, the Ion Frigate was designed around a massive Ion Cannon, and was created to knock out energy generators on planetary surfaces, and to disable capital ships. The weapon is capable of these roles, able to knock out almost any target, even when used against modern vessels such as Star Destroyers it can still pack a punch. However the vessel itself is poor, with the Ion Cannon being its only defence against other capital ships, so while still effective, it has been phased out of service with most governments, and very few remain in operation today.