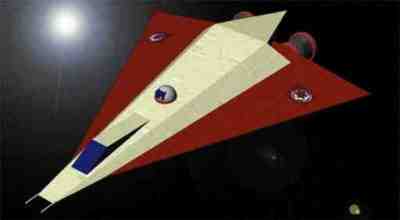 Description: This Prototype for the AetherSprite Jedi Fighter, was actually built in limited numbers due to its large cargo capacity (for a fighter). This was designed to allow Jedi to carry equipment such as speeder bikes with them as they travelled the galaxy, but sold well with smugglers, mercenaries and bounty hunters who appreciated a fighter with room to carry the tools of their trade with them. The Delta-1 has now been mainly scrapped, as its poor handling, speed, armour and weapons have not held up well as the years have passed. This is unfortunate as the design was revolutionary for its time, and these fighters mark a unique point in history as the Jedi began to be forced into a more militant role prior to the Clone Wars. Delta-1's have now been mainly relagated to museums, or small cargo transfer roles on the outer rim, but are almost never seen still in a fighter role, even though their cargo space would allow significant modification and improvements to be done.


Page designed in Notepad, logo`s done on Personal Paint on the Amiga.
Text completely by FreddyB. Image is from TheForce.net, copyright resides with the artist.
Any complaints, writs for copyright abuse, etc should be addressed to the Webmaster FreddyB.