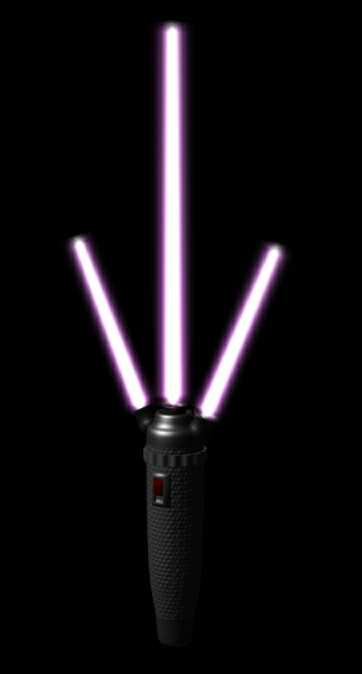 *: The Light Sai is better designed to parry attacks, and gives a bonus +1D to the users skill when parrying melee attacks. However its short length and clumsy blade arrangement makes it harder to attack, so gives a 1D penalty when used to attack.


Description: Designed to be better at parrying LightSabers, the Light Sai does less damage and is harder to attack with than a normal LightSaber. Often used by Jedi Teachers to parry the random attacks of unskilled students, the Light Sai also became popular as an off hand weapon when fighting other Light Saber using opponents such as Dark Jedi. However as the weapon is more complex to construct with the energy being reflected into the three blades, Light Sai's have now become a lost art, and the only ones still used were constructed many millennia ago.