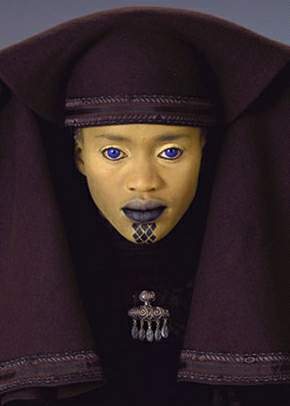 These are the known powers Luminara Unduli possessed and it is believed that she had access to other powers.


Luminara Unduli served the Jedi order in the final years of the Galactic Republic. An exotic female humanoid, Luminara was a trusted advisor to the Jedi Council and the Republic government. When crises demanded it, she and her faithful Padawan learner, Barriss Offee, would rush into the thick of conflict, where their incredible talents with the lightsaber blade served them well.

A Mirialan from Mirial, Luminara Unduli had an exotic mien marked by widely spaced, large blue eyes, a fruitwood complexion, and patterned tattoos denoting her dedication to physical disciplines. Years of intense training turned her body into a weapon itself, increasing the flexibility of her joints to allow her inhuman agility in combat.

Unduli served the Jedi Council and the office of the Chancellor for years, offering helpful advice during attempts to track down Arwen Cohl, a criminal from Mirial. A decade after that manhunt, Unduli used her diplomatic skills, quick wit, and strength in the Force to help settle a border dispute on the minor world of Ansion.

In the early stages of the Battle of Geonosis, she and Mace Windu spearheaded preliminary strikes to weaken the planet's defenses, allowing the full Jedi task force to arrive. As the Clone Wars spread outward from Geonosis, Luminara saw frontline action on Thule, Ilum and elsewhere.

During the Clone Wars, Luminara was pressed into service on far-flung worlds, serving as a general to the Republic's clone trooper infantry. Offee and Unduli often operated separately during this period, such as when Unduli was stationed on Kashyyyk and Offee on Felucia. Unduli helped prepare the defenses on Kashyyyk, serving under Jedi Master Yoda.

While she successfully led clones in defeating the droid invaders, she fell victim to Order 66 -- an executive order dispatched from the Supreme Chancellor that identified all Jedi as enemies of the Republic. Her clone troopers turned on her, and killed her with their blaster rifles.