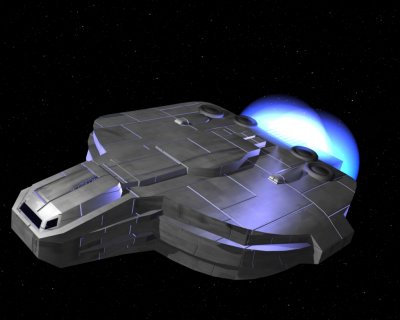 Description: An older design built by the Mandalorians, the Spire class transport was originally manufactured for the Mandalorian Military where it served as a troop transport and light cargo carrying vessel. However soon after it was retired it began to be sold on the open market where it found itself a popular and much desired transport ship. Fast for its time, and pretty tough, this vessel is still a desirable second hand purchase because of the large capacity for passengers and low crew requirement for an ancient vessel although it is now considered to be a difficult vessel to pilot. However it has a small amount of cargo space for such a large vessel, making conversions a popular choice with the large older engines being removed to free up space for newer and smaller replacements.