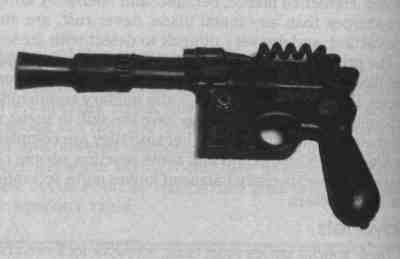 Description: The DL-54 Marksman is an evolution of the BlasTech DL-44 Heavy Blaster Pistol, with an improved Galvern Pattern the weapon can use slightly less energy per shot, but still do more damage than its predecessor. The addition of a laser sight (+1D to blaster skill) also helps accuracy in even the most hostile combat environment, combined with the very high BlasTech build quality has led to the DL-54's adoption as the standard blaster sidearm of the New Republic, given Republic forces the longevity in combat, plus the punch against Imperial armour that they need in the brutal battles as the Galactic Civil War drags on.