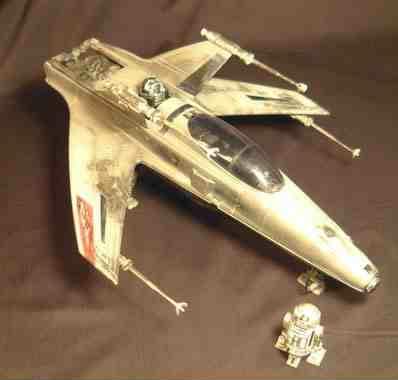 Description: The MS-X35 was designed concurrently with the X-Wing Starfighter and was developed as a vessel to teach new pilots to fly starfighters, although it was supposed to be sold in conjuction with the X-Wing itself. However the similarity of the X-Wings controls to the T-16 skyhopper meant that the Rebellion used those instead, and the fact that the X-Wing was never sold due to the defection of its development to the Alliance meant that the MS-X35's sales suffered. The X35 still sold fairly well as a weaker starfighter, and while it is slower, weaker and has less armament than most modern starfighters it is manueverable and easy for beginner pilots to control. This meant that as the galaxy became more violent and piracy became more common many corporations and planets required pilots to defend their resources the MS-X35 was perfectly suited to the need for teaching these new pilots and providing them a vessel they could survive their first battles in, although later they needed more powerful vessels as the Galactic Civil War heated up and these vessels became comparitively weaker and weaker.

Page designed in Notepad, logo`s done on Personal Paint on the Amiga.
Text completely by FreddyB. Image is by Unknown, copyright remains with them.
Any complaints, writs for copyright abuse, etc should be addressed to the Webmaster FreddyB.