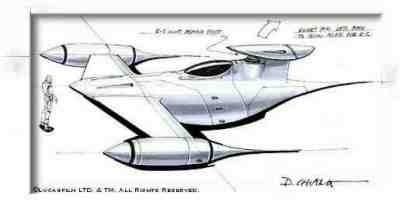 Description: The N-2 was an upgrade to the Naboo N-1 Starfighter which won much acclaim in the Battle of Naboo. The N-2 was a very similar fighter, with an additional pod mounted above the main hull, this pod contained an extra two blaster cannons, and improved sensors, however the power demands of the extra equipment caused the drives on the fighter to be slightly slower and less responsive. The N-2 was marketed as a scout fighter, making use of the additional sensors and the extended range capability and putting the ship in a position where its loss of speed would be less noticable. In this role the N-2 sold in reasonable numbers, but the same lack of parts due to problems with supply led to demand outstripping supply, and when these problems were overcome, the fighter was dated and was outsold by newer alternatives.