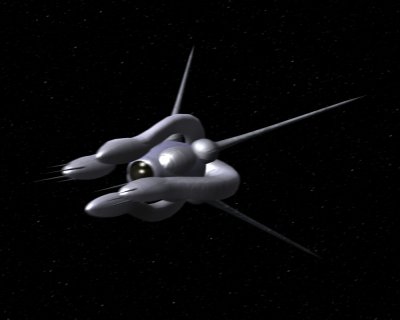 Description: A lighter variant of the Hellfighter, the Oracle is a fast and agile fighter which is based heavily on the Tie Series of fighters. The Oracle was designed as a cheaper version of the Hellfighter, using many of the same parts, but in a much more affordable package, the Oracle is equipped with both Laser and Ion Cannons, allowing it to serve in a far more flexible role than the Hellfighter, being able to disable as well as destroy fighters. The Oracle has sold well, especially considering its still high price, but as a vessel capable of outrunning most other fighters, and having the firepower to hammer opponents in dust, it is a very impressive starfighter. The lack of a hyperdrive hampers the design in some roles, requiring carriers to carry it between systems, but its fast sublight drive allows it excellent capabilities as an interceptor, even if it only offers average performance in an atmosphere.