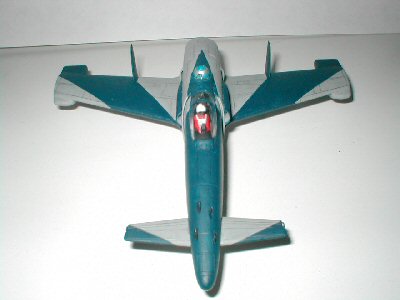 Description: The P-606 is a hyperspace capable light scout fighter which Incom developed shortly after the Z-95 Headhunter, but before the X-Wing. Although underarmed compared to more modern fighters, the P-606 was a revolution at its time being capable of short hyperspace jumps as well as high sublight speeds. Most P-606's now are modified with extra weapons to replace or augment the fighters single laser cannon, however its weapon was considered to be powerful and lethal enough for its era and could take out all other fighters of its time. This combined with a shield generator made it an effective and powerful starfighter, which unfortunately for Incom was made outdated by Keonsayr's introduction of the Y-Wing forcing the P-606's replacement with more powerful Incom fighters.

Page designed in Notepad, logo`s done on Personal Paint on the Amiga.
Text completely by FreddyB. Image is by the Custom Alliance, copyright remains with them.
Any complaints, writs for copyright abuse, etc should be addressed to the Webmaster FreddyB.