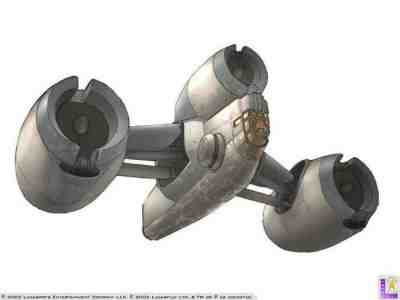 Description: The Paek Star Tug is a very old design, which has now been replaced by newer vessels such as the Endurance Star Tug. Designed to tow vessels, or more commonly to tow huge cargo cannisters, the Paek, which is named after a horse-like beast from Correllia, can transport far more cargo than its small cargo hold would suggest. Unlike newer vessels, the Paek does not attach itself to its payload my magnetic cohesion or other high tech solutions, but simply with lines and grapples. This means that its crew must perform EVA's to attach these cables, but the stronger connections mean that the Paek can haul objects larger than any of its newer replacements (the Paek can tow an object up to 500m in length through hyperspace with it), something that makes Paek's still very desirable every today. Although dated now, the Paek has room for modification, and it is possible that the Paek design will even outlive its replacements.