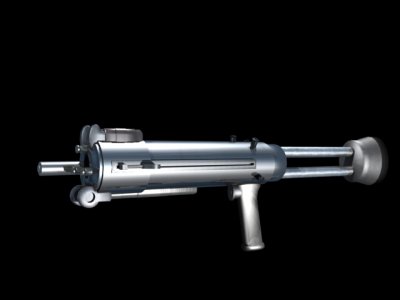 
Description: The Phyzon Hand Cannon is an overpowered Blaster Pistol designed in an attempt to bridge the gap between the Heavy Blaster Pistol and the Disruptor Pistol. Although the weapon has a larger energy capacity than a disruptor, its damage is still lower and not noticably more than some of the custom Heavy Blaster Pistols on the market such as the SoroSuub Thunderer. However unlike Heavy Blaster Pistols which remain legal on many of the more lawless worlds across the galaxy, the Phyzon is considered to be a type of Disruptor and is therefore illegal on all but the most violent and lawless worlds. There was a few scant months though when this weapon was sold on the open market before the restrictions came into place, this has led to a large amount of them on the second hand market with the manufacturer still providing spare parts and power packs for the weapon even though it has been taken off the market.