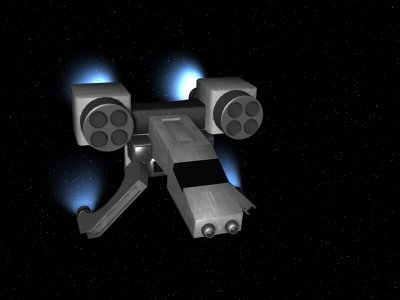 Description: Dating back to the founding days of the Old Republic or perhaps even earlier, the Preor fighter was one of the first space combat vehicles ever built. The simplicity of the technology used, means that even the most poorly educated engineer can repair and maintain these vessels (+2D to Tech when working on this class of vessel, due to its low technology), but this advantage is also its weakness, titanium armour, directed thrust engines and a Spheres Launching system which is an ancient precursor to modern Concussion Missile systems. These spheres are long ranged weapons which pack far less of a punch than modern weapons, but allow the fighter to be greatly effective at extreme ranges and are equipped with sensors to allow them to lock their weapons onto targets at these ranges. These fighters are still very effective if reloads can be purchased for the weapons, but given their age these are very difficult to obtain and are certainly no long manufactured anywhere in the galaxy, which accounts for the very low price that these fighters can be purchased for.