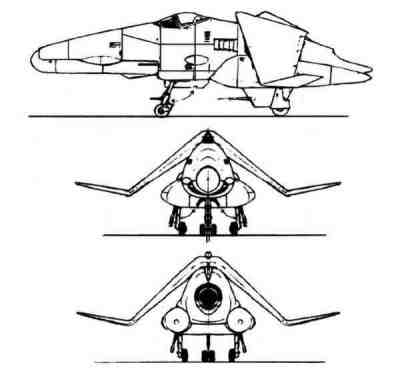 Description: The Ramhead Starfighter was one of the last starfighters that were designed based on older atmospheric fighters, and although more advanced than the Z95 Headhunter, the design still didn't compare to the Y-Wing which was released shortly after. However the Ramhead's disadvantages including its low speed, and poor hyperdrive, were compensated for by its rugged hull and powerful shields, which made it capable of absorbing a huge amount of damage before being destroyed. Although its single heavy laser cannon provided only average amounts of damage, the variety of weaponry aboard allowed the Ramhead to operate in a large range of different roles from space superiority fighter, to light bomber. The Ramhead has been kept active only on the fringes of space, and is used widely by pirates, although remains in service where the latest fighters are to much of an expense to be afforded.


Page designed in Notepad, logo`s done on Personal Paint on the Amiga.
Text completely by FreddyB. Image is from starshipschematics.com, copyright remains with them.
Any complaints, writs for copyright abuse, etc should be addressed to the Webmaster FreddyB.