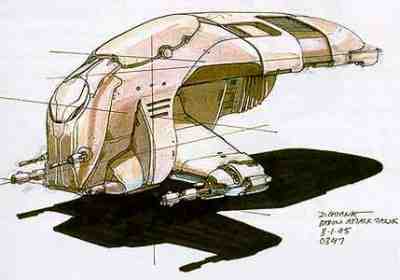 Description: The RRT was another of the many vehicles that the Trade Federation prototyped in their development of their Droid armies, this design was eventually dropped in favour of the AAT (Armored Assault Tank). The RRT was a very similar design to its replacement, but was a more expensive vehicle to produce, so was rapidly dropped once a cheaper alternative became available. The majority of RRT's were scrapped, although a few survived long enough to be involved in the Clone Wars, however even fewer survive beyond the Imperial Era, being slow unwieldy and weakly armed in comparison to modern designs.