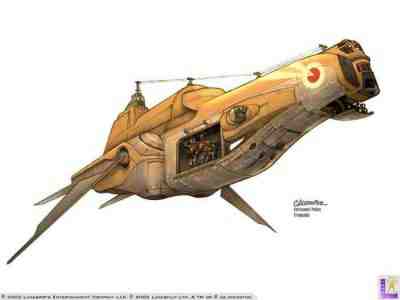 Description: The Corusmotors Security Troopship is a design from around the Clone War era, being developed from the plans of the LAATI troopships used by Clone Troopers, the Security Troopship is small, agile and can carry a surprising quantity of troops and cargo for an airspeeder. Although popular with both the Coruscant Security forces, and a number of other planetary forces, the Security Troopship was removed from production by the command of the Empire, and due to the lack of replacement parts the majority of those produced have now been sold off as military surplus. The design is known for its high maintanence requirement, but remained popular until it was removed from production.