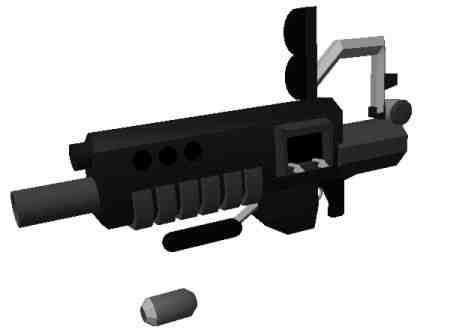 
Description: The Smasher is a grenade launcher from the fairly low tech world of Ardon VI, because of its long range and integrated laser sight (+1D to skill) the smasher managed to make an impact on the weapons market, remarkable for a small company from a backwater world. With a solid pump action, and a number of sturdy grip points, the Smasher can take a large amount of abuse on the battlefield and still remain operational, firing all standard sized grenades with only minor modifications which are usually already done by exporters of this weapon. The Smasher was originally designed as a fixed support weapon, but can used as a personal weapon, the high power and military applications of this weapon however are obvious and it is restricted from civilian ownership throughout most of the galaxy.