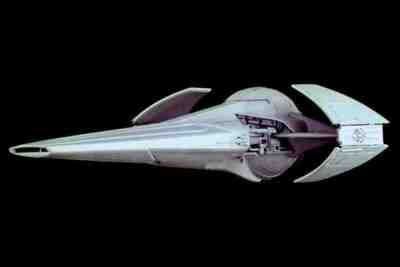 Description: While important interplanetary communications in the Old Republic mainly depended on the Holonet, not everyone, and not every planet could afford to be connected to it, so the bulk of communications was taken by courier ships such as the SRS Star Courier. The Star Courier is fast with most of the ship being taken up by the drive systems, although a generous amount of space is left aside for cargo, however this is usually used for data storage facilities when the ship is acting as a communications courier. Star Couriers were often refitted as personal transports, such as Darth Mauls Sith Infiltrator, and a few have been used as diplomatic transports by planets too poor to afford royal cruisers or the like. The Star Courier was a common sight and could fade easily into the crowd during the final days of the republic, however the lack of armament, and decreased communication between worlds as the Empire grew in power led to the ships discontinuation from production, as well as the scrapping or destruction of many of these vessels.