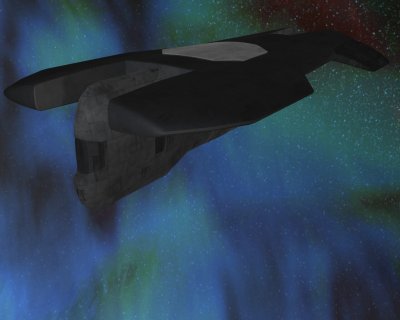 Description: The Star-Manta is a heavily armoured frigate designed around the same time as the Nebulon series of Frigates, due to Imperial restrictions on who could buy capital ships, the Star-Manta was only bought in small numbers. The toughness of the Star-Manta's hull allowed them to be very survivable in combat, but most owners prefered to add more powerful shields since the preinstalled set were notoriously weak. Star-Manta's have one feature which makes them especially notorious however, the hull being designed to take stealth coatings and the engines to take stealth baffling systems, making the frigate extremely hard to detect once these systems are added. This has led to more Star-Manta's being purchased by the pirate community than any other capital ships, with pirates trading in captured vessels to gain the advantages that a stealth ship would provide.