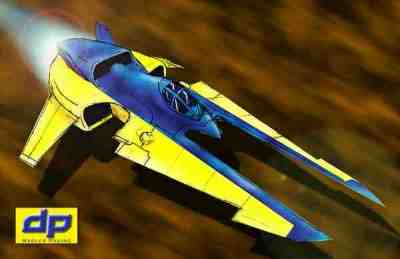 Description: The Star Spray Airspeeder is a military air speeder designed to fill the role of both airspeeders and cloud cars, creating a speeder capable of great speed, and a high altitude range, letting it help to control the airspace around planets, and attack ground targets. However the great cost has caused this ship to have a small market, but the governments and military forces who have purchased them, have reported many successful missions completed by these speeders. Their ability to hit small targets combined with the punch to take out targets such as walkers has proven them to be an asset, and they have also reported limited success against starfighters. The Star Spray's handling and speed in an atmosphere far exceeds that of any Starfighter, and the punch of their concussion missiles allows them to cause significant damage against any non military vessels they may have to engage. The Star Spray has been purchased is large quantities by the New Republic, however it is still available on the open market, one of the few military vehicles used by either side in the Galactic Civil War that is.