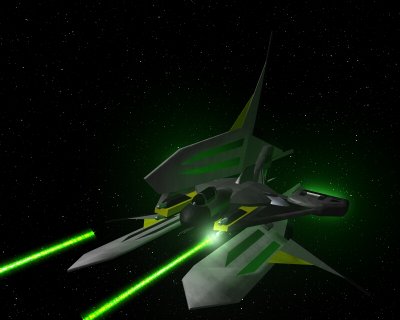 Description: The Star Talon is a Mandalorian Fighter which served as the prototype for the design of the Mandalorian Cloaking Device, and as such was only produced in small numbers. Not as well armed as the cloaked fighters which replaced it, the Star Talon still manages to carry extremely high powered laser cannons and to be a tough and rugged design. The small number of these vessels built helped to make the reputation of the Mandalorian Clocking device as an extra weapon to be feared by their enemies, and the Star Talon developed a reputation for lightning quick strikes and attacks against enemy squadrons. These fighters are still used in small numbers, but their large size and poor weapon load makes them unpopular in all roles except reconnaisance, a role their cloaking device, decent sensors and high top speed makes them excel at.