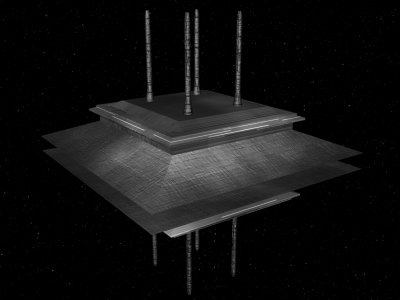 Description: Designed to provide an orbital customs facility so that these rules and regulations could be enforced around planetary bodies. These stations are well shielded and have reasonable arms, but mainly are giant sensor platforms, where customs patrols can be launched and directed from. With plenty of room aboard for visitors, prisoners and captured contraband, they work either alone, or for more populated worlds, in concert with other customs stations to control the planets approaching traffic. A few of these stations have been used as trading posts, or refuelling stations, but they lack the facilities to excel at these roles, being simply designed and equipped which accounts for the low price for a facility of this size. Tenloss Orbital Customs Stations are common throughout the Empire, and were purchased by planetary governments at the direction of the Imperial Administration, however not all of these were placed in planetary orbits, some are located at hyperspace waypoints, and at deep space trading facilities, making them universally loathed by free traders, smugglers and pirates.