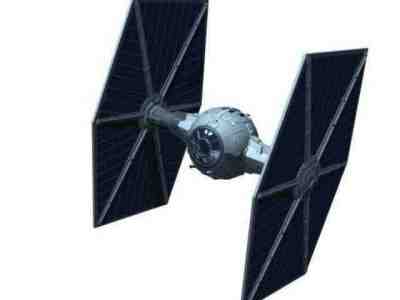 Description: The Tie Fighter has had long service with the Galactic Empire, but after the Battle of Endor they could no longer afford to treat these fighters as disposable. The standard Tie/ln was improved with a series of modifications that could be performed by Imperial Technicians as part of the normal maintainance routine, instead of recalling all of the fighters for modification. The power generator was replaced by a more powerful model, and a sheild generator was installed using the extra energy produced, and the sensors and fire control software was upgraded to the same as that used in the Tie Interceptor. These improvements have greatly increased the Tie/ln ability to handle damage, with the only the loss of some of the already small cargo capacity.