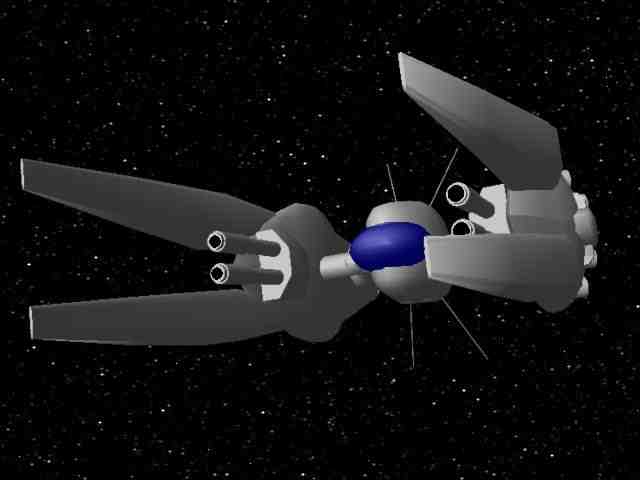 Description: The Tie Gunboat was a short production run ship from Sienar, and was designed to take on New Republic fighters on equal grounds, but its lack of a hyperdrive and extreme cost, meant that this design never became as popular as other Tie Fighter developments. The Tie Gunboat mounts four large heavy laser cannons which have advanced target acquisition capabilities, and can easily destroy most other fighters with very few shots. The rear of the modified side panels of the fighter mount large maneuvering thrusters which account for the fighters truly amazing abilities to twist and turn in combat, evading the fire of enemy fighters, this combined with its shields and heavier hull armour (which required the modification of the cockpit viewport to retain hull integrity) make the Tie Gunboat a deadly opponent in combat. It is rumoured that Sienar are planning a new version of the Tie Gunboat, with cheaper mass produced components and a hyperdrive to meet with Imperial concerns and comments on this capable design.