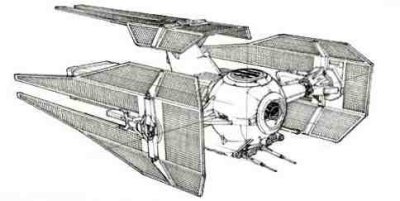 Description: Designed during the early years of the Empire, the TIE Oppressor is an Imperial starfighter designed for the same role as the Y-Wing fighter, that of a mixed Starfighter / Bomber. Although not as impressive as the Y-Wing, the Oppressor did pave the way for the Empire to introduce the TIE Bomber. The Oppressor is a powerful starfighter, equipped with its own hyperdrive, which also was very expensive which accounts for its early retirement by the Empire. However many of the features introduced in the Oppressor later went onto further development in the TIE Advanced, TIE Defender and TIE Avenger series of starfighters.


Page designed in Notepad, logo`s done on Personal Paint on the Amiga.
Text completely by FreddyB. Image is from Star Wars: Galaxies: Jump to Lightspeed, copyright resides with LucasArts / Sony Interactive.
Any complaints, writs for copyright abuse, etc should be addressed to the Webmaster FreddyB.