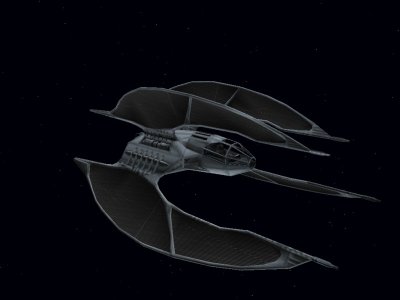 Description: Although too expensive for mass production, the Tie Reaper has had a massive effect on Imperial morale since its introduction. With the Empire constantly being forced back by the New Republic it needed victories to stop the increasing problems with morale and desertion. The Tie Reaper is a mixture of both the Imperial Gunboats and the Tie Phantom, with a two man crew capable of operating its powerful quad laser cannons, its Proton Torpedoes, and still managing to control this vessel at the massive velocities it is capable of, the Tie Reaper manages to outclass most vessels with a single pilot. The Reaper uses a large amount of unique technology requiring specialised maintenance and supplies, but manages to improve upon previous Tie designs in almost every area proving itself a truly massive improvement upon even Tie Defenders and Tie Avengers never mind older designs such as the Tie/ln or Tie Interceptor. If the Empire can continue production of this design, then battle after battle will be a victory for the Empire and the tide can turn in the Galactic Civil War once more in the Galactic Empires favour.