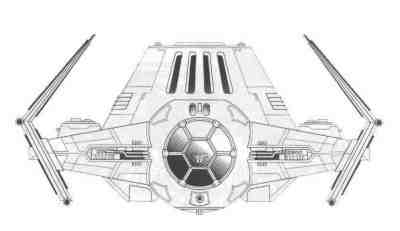 Description: As the war against the New Republic continued, the Empire found itself getting forced into the far reaches of space, with transit routes between the remenants being blocked by New Republic forces. This meant that the Empire had to map new hyperspace routes, a job they used the old Mu class scouts for, but they weren't really suited. So once again the Empire approched Sienar Fleet Systems for a new vessel, what SFS did was reworked the Lone Scout design, upgrading it from civilian to military with more powerful weapons, sensors and engines. This suited the Empire perfectly, and they started to phase out the Mu class as soon as Tie Scouts became available.

Page designed in Notepad, logo`s done on Personal Paint on the Amiga.
Text completely by FreddyB. Image is from West End Games, copyright remains with Lucasfilm.
Any complaints, writs for copyright abuse, etc should be addressed to the Webmaster FreddyB.