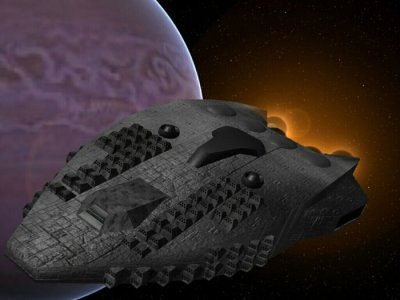 Description: An uprated version of the Imperial Missile Frigate, the Torpedo frigate takes advantage of newer technology and more conventional Kuat Drive Yards parts making the vessel cheaper to operate. Although lacking any defensive weapons, the Torpedo Frigate does have the facilities to launch and house its own fighter escort which will defend the frigate from attack from fighters allowing it to use its own powerful torpedo launchers against capital ships. The launchers carry five missiles each which in theory could be launcher simultaneously, allowing the frigate to launch all of its 760 torpedos at the same time, however in practice this is never done because the vessel lacks the computer power to target all those missiles. The launchers can be manually reloaded from the ships magazine, but this is a time consuming process, although enough spare torpedoes are carried to reload the launchers twice (1520 spare torpedoes), so the Torpedo Frigate may appear to have exhausted its weapons, only to return hours later full armed once more.