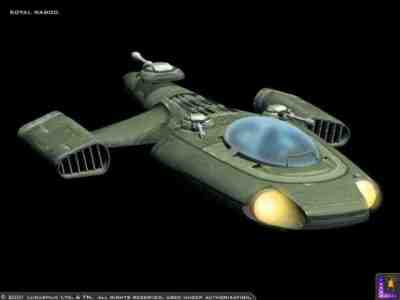 Description: As the Empire took control of the Galaxy and it became a far more dangerous place, the old patrol speeders such as the Flash and Gian speeders which had been used by planetary defence forces were not powerful enough when pitted against the newer war machines such as walkers. Although they were eventually completely phased out in favour of repulsor tanks, for a short time more powerful speeders were developed and used. Although these vehicles are now dated, they are remarkably useful speeders and fetch a high price on the market on the rare occasions that they become available.