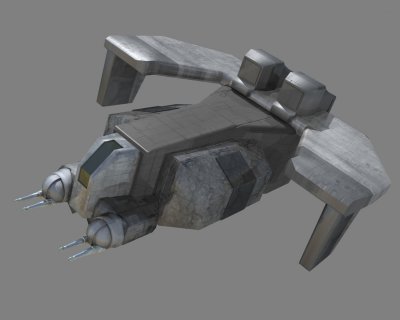 Description: The U-Trans Dropship is a combat vessel designed to transport squads of troops quickly and safely from starships to planetary battlefields. The vessel is equipped with a hyperdrive to allow fast transit between planets, and to allow troops to be delivered to distant targets. WIth powerful Blaster cannons, and a long ranged Proton Bomb launcher, the U-Trans is capable of protecting itself and of making surgical strikes against enemy positions. These vessels were built in the years after the declaration of the Empire, and were sold to mercenary groups although some ended up in the hands of the Rebellion, although Tenloss missed the lucrative Imperial sales due to the Empires ties with Sienar, a fact which cut into the corporations profit on this design by a large amount.