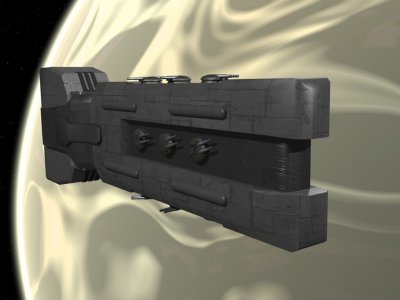 Description: The Varst Class Heavy Cruiser is a powerful starship designed and built for sale to independant governments and forces in the years after the Battle of Endor. While the vessel is not capable of matching the military starships of the major galactic powers, and has a massive crew requirement for a single government or military force to supply, however this has not stopped VargeCorp from selling a large number of these vessels many of which have been placed into sector patrol groups. They have not been purchased by either the Empire or the New Republic, but have mainly ended up in action against the Remenants of the Empire where they have shown themselves quite capable of inflicting massive amounts of damage on the better armed and equipped Imperial Star Destroyers, although sometimes outmanuevered by smaller Imperial Vessels.