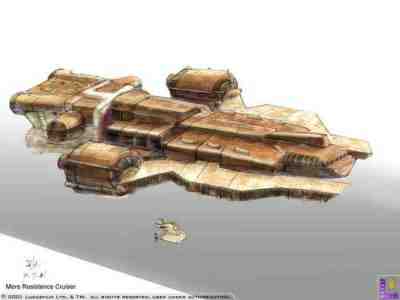 Description: The Vaylenci Star Transport was an early Trade Federation transport ship used before the larger bulk transports were brought into service. Although these ships were retired long before the Battle of Naboo and the beginning of the Clone Wars, the Trade Federation kept these vessels in reserve for when other vessels were in short supply, a situation that became almost constant during the Clone Wars. Often re-equipped as troop transports, and for transporting tanks and war speeders during the Clone Wars, the weakness of this ship in combat meant that they were captured in great numbers. Since they were little more than transport ships, many of these vessels found themselves sold on the open market to help fund the Republics fight against the Confederacy. Although the weapons were stripped out of the majority of these ships, a small number were sold with their armaments in tact, and found themselves used by pirate and mercenary forces.