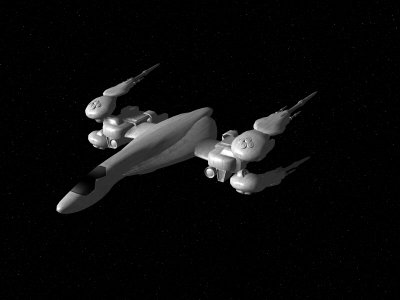 Description: The X-98 Violator is a fast light fighter, most famous for its extremely fast hyperdrive and large carrying capacity for a starfighter. These fighters are not well armed, using Blaster Cannons instead of Laser Cannons, and short ranged light missile launchers which are not capable of significant damage to opponents as well as being difficult to find ammunition for. However the Violator is fairly fast at sublight speeds, surprisingly agile in combat, fairly tough and robust, and has its .75 hyperdrive which outmatches any other fighter on the market. The Violator is popular with pirates who like its ability to overtake most transports in hyperspace, but sales have remained average due to the vessels lack of heavy firepower.